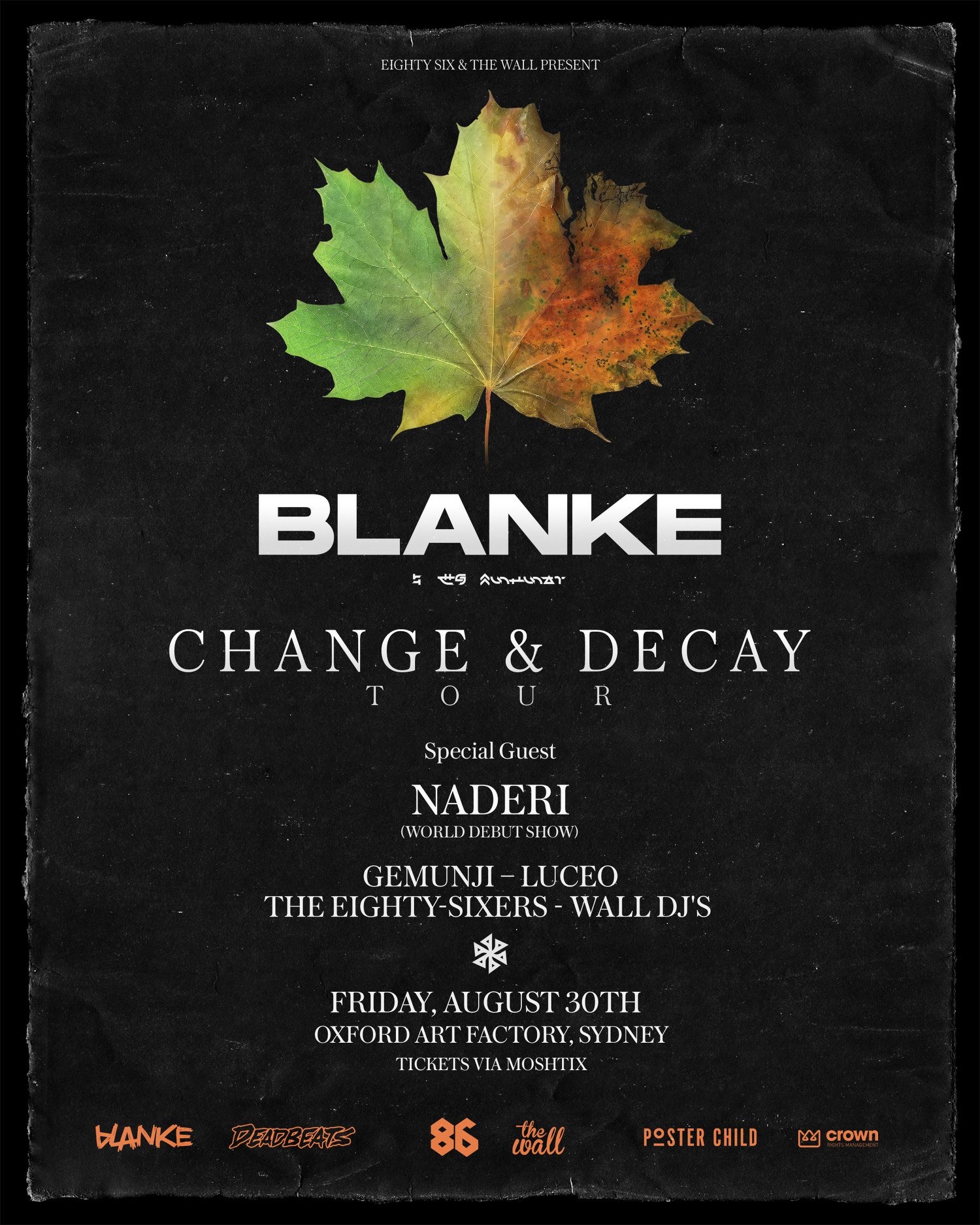 After relocating to Los Angeles at the start of the year, Blanke returns home to Australia this August for the ‘Change & Decay’ Tour, with his first ever hard ticket show at Oxford Art Factory in Sydney!

Joined by special Guest Naderi for his first ever performance and co presented by the two biggest Bass brands in Sydney, Eighty-Six and The Wall, this is going to be a big one.

Named by Run The Trap at #7 on their breakout artists of 2019 list + YourEDM’s top 40 artists to watch in 2019, Blanke has amassed over 20 million streams online in just 3 years and been championed by superstars like Illenium, Rezz and Kayzo!

“Its been a crazy first half of the year, playing Festivals I’ve dreamt of for so long, and writing a heap of new music, I’m so excited to bring it back home to Australia this August!” – Blanke